What’s in a dream? Some of history’s most significant events were born out of dreams. God sent dreams which launched the Presberrys into missions and set a blaze in their hearts for Haiti. Hope for Caribbean Kids, Inc. was established in 1999 and incorporated January 7, 2003. The founders worked ten years to support the activities of New Missions and their students in Haiti. The Haiti earthquake served as the transitioning event which launched Hope for Caribbean Kids, Inc. into its destiny and calling.

Serving in Haiti or any other country was the last thing on the minds of ministry founders, Richard and Iva Presberry in 1970. Nevertheless a vision that came to Iva during the first year of their marriage would place a permanent marker on their future. Iva was enrolled as a junior and Richard a senior at Lincoln University in Jefferson City, Missouri.

In a night vision, she saw the image of a person who stood at the foot of their bed. A very bright light shined behind the image forming a silhouette which made it impossible to know if it was male or female. The image spoke and said, “You are to be a missionary.”

The next day, Iva, who was very disturbed by the vision shared it with her husband who suggested that they talk with Baptist Student Center Director, Rev. Robert Parker. He reassured them there was no need for alarm and reminded them that all Christians are called to be missionaries.

They completed their education and moved to St. Louis where they worked, started their family and were faithful members of Antioch Baptist Church. They completed advanced degrees in education and administration. Yet, Iva was always keenly mindful of how shaken she was by the vision.

Jefferson City where they were members of Second Baptist Church. From there they united with

Refreshing Spring Church where their pastors, Philip and Jerri Rodman, provided intense instructions in the Bible and Christian living. The senior pastor, Philip Rodman, delivered a series of sermons on God’s calling for every Christian to do the work of ministry. His foundational Scripture was Ephesians 4:11-12 which states:

He clarified that not everyone is called to one of these positions in the church. One may simply be called to “carry the briefcase.” We have a responsibility to know what God’s call is on our lives and to get busy fulfilling it. The image and message of Iva’s vision returned stronger, more vividly and maintained an intense presence during every waking moment. Finally on February 15, 1994 after much prayer, long talks with her husband and spiritual unrest, she yielded her will to God and accepted her call to be a missionary. What would this mean? What would come next? What would she do?

The dream that defined the focus of the ministry occurred in 1995. During a night dream Iva saw a place. It was as if she was looking at a very large movie screen. She was aware that she was there, yet she appeared to be watching from a distance. The place was rural, with brown vegetation and dark skinned people sitting on top of short structures with their legs hanging over the side. For years she referred to them as “chicken coops” since she was familiar with them from where she grew up in Hayti, Missouri. Yet, the structure was too short for chicken coops. Then, as if someone shook her, she woke up. Knowing the dream was from the Lord, she prayed, “Oh, Lord, show me what this place is. Please show me what this place is.”

When she went back to sleep the exact scene reappeared. Only, this time written across the sky in wavy heat ray style letters was the name HAITI. Again, as if someone shook her she woke up.

She knew that her call was to serve people in Haiti, but how and where in Haiti? So, in 1999 she and Richard traveled to Haiti for the first time. They served in a short-term mission trip at New Missions, an excellent ministry that started in Haiti in 1983. It has grown from 12 students to more than 10,000. The Presberrys were able to work with them and observe the excellent way they conducted their ministry. Richard and Iva often talked about the dream and inquired about places that might look like the place in the dream. They were told that there were some brown areas of Haiti in the mountains.

Almost immediately the Presberrys formed a Haiti support organization and started raising funds to help in Haiti. They became sponsors of two Haitians boys and signed up sponsors for more than 100 children over the course of their 10-year affiliation with New Missions. Through the help of God and loyal supporters, they built two houses, provided funding toward school building projects, provided food, animals, clothing, computers and assisted in many other endeavors.

On January 7, 2003, Hope for Caribbean Kids, Inc. was incorporated. On February 23, 2003, the Presberrys were licensed as ministers/missionaries and on March 11, 2004 the organization became a 501(c)3 not-for-profit organization. In late 2004 Refreshing Spring Church disbanded and the Presberrys became members of First Assembly of God in Jefferson City.

A fall 2009 article in the Catholic Missourian launched the Presberrys onto the path toward their true calling. The title of the article was “I Just Watched Them Die.” These had been the words of a mother describing her anguish as she watched her 2 1/2 year old twins starve to death. She had nothing to feed them. She just watched them die. The troubled area, Baie d’Orange, was in the southern mountains of Haiti. A hurricane in 2008 had destroyed their crops. It was followed by a drought and more than 40 people had died of starvation, mostly children. [Read the original article on page 7 at: http://www.catholic-sf.org/files/digital_paper_200909011140.pdf]

Of all the tragedies the Presberrys had witnessed in Haiti, this one grieved Iva the most. They set out to fund a project to help by providing temporary (yet sustaining) relief. They hoped that fruit bearing trees, animals and food would add to support garnered by the article’s appeal. The greatest hindrance to the organization implementing this plan was the difficulty they experienced locating the people.

Finally on January 11, 2010 they located them through Bill and Dorothy Smith, Assembly of God missionaries, who had been serving in Haiti for more than 20 years. Bill serves as the coordinator of Latin American Child Care. However, on January 12, 2010 the earthquake struck Haiti as the world watched in horror. Thankfully, the southern mountains were not damaged by the earthquake. They simply had to endure while the world focused on the needs of the masses. The Presberrys had planned to continue serving under the umbrella of New Missions, but God had other plans. New Missions discontinued receiving evangelists because they needed to bring medical and construction teams to help them recover from the earthquake.

Therefore, in the summer of 2010 Iva served in Port-au-Prince, Haiti with Grace Evangelistic Ministries. There she met Pastor Wisny Exima who would become Hope for Caribbean Kids, Inc.’s representative in Haiti. He currently serves as the organization’s translator, trip planner and project overseer. Throughout the year he assists with three-way planning phone calls as Hope for Caribbean Kids, Inc. directs and funds projects for the people of Mare Blanche.

In 2011 the Presberrys took the first trip up the mountain to the Baie d’Orange area and visited the Church of God. In the spring of 2012 the organization purchased land which will be the location of a Christian elementary school. In the summer of 2012 their mission trip took them to Pastor Jean Thony Perime and his congregation at Assemblee’ de Dieu de Corail Lamothe Comiune Bell-Anse, an Assembly of God congregation at Mare Blanche. The Presberrys were accompanied by Jon DeSha. Learn more about the people on the Home page under “Build A School.”

On the last day of their 2012 visit, Iva spotted it. It was the scene from her 1995 dream. It was on the playground of their “storage room” school. Dark skinned people were sitting on a short structure with their legs hanging over the side. It was not a chicken coop at all. It was a crypt. In the crypt are buried two pastors who had prayed for many years for someone to come and help their people. The current pastor made note that the Presberrys were the first missionaries to visit the church. Below is the Mare Blanche school yard, crypt and the scene of Iva’s 1995 dream. 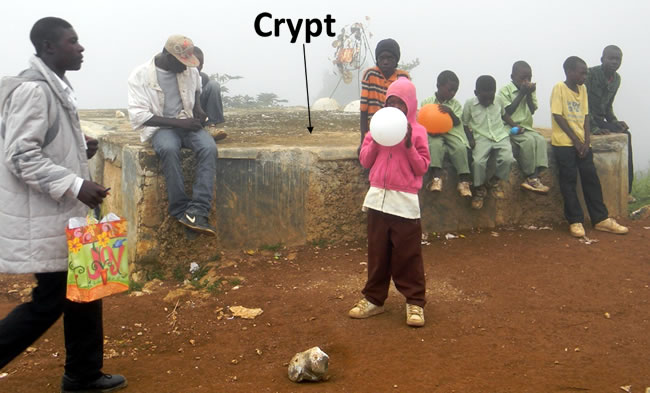 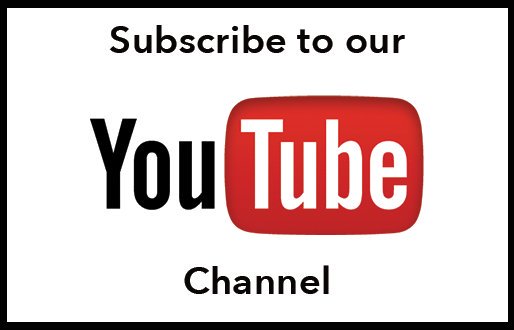